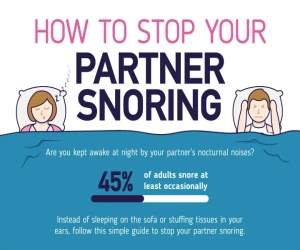 Rap music has always been ingrained in America’s roots, but it has only really taken over the music industry as one of the most popular genres over the last few decades.

As Rap music evolved over the years, it dabbled in numerous musical genres—including disco, jazz, and reggae. Rap TV quoted that “Rap music incorporates elements of all of its predecessors via sampling and blending genres”.

While rap has always subtly been part of the music industry, the journey to becoming one of the more dominant music genres has been a long road. Let’s take a look at the history of Rap and how it became so popular in today’s mainstream music culture.

Rap is synonymous with many cultures around the world, especially in African communities. Even in the Caribbean Islands, rap was used in their everyday storytelling, where they would speak the stories in rhyme. At it’s most pure form, rap is exactly that—speaking or chanting rhyming lyrics.

Rapping really started to take the music world by storm in the 1970s. New York DJs began sampling portions of disco, soul, and funk music as a way to create repetitive beats. One of the most influential DJs to master this technique was DJ Kool Herc, who used two of his turntables to create repetitive beats much to the delight of his crowds. Then, in 1979, The Sugar Gang Hill released their smash hit “Rapper’s Delight”—the first of it’s kind that smashed its way through to the top of the Billboard Top lists.

After Rap broke into the music recording world, plenty of other rap artists emerged onto the scene. There were Run-DC, N.W.A, the Beastie Boys, and even a female rap band known as Salt-n-Pepa. The rap music evolved to become denser, faster, and utilizing technology. Many of these artists used their music platform to speak to social injustices, much to the delight of their fans.

By the 1990s the Rap music culture had moved from New York and spread all the way to the other side of America—Los Angeles. This is when rap music became more controversial, with lyrics starting to reference pimping, drinking, sex, and drugs. With the spread of the rap culture also evoked a rivalry between coasts, in which artists were determined to make their mark on stylistic qualities of the genre. During this time, legendary rappers such as The Notorious B.I.G, Snoop Dog and Tupac emerged to take center stage. But women were also emerging into the spotlight, with powerful females such as Queen Latifah and YoYo rapping Grammy worthy lyrics.

By the 2000s, rap was truly dominating the music culture of the century. Younger artists began collaborating with one another and experimenting with new beat technology. Rap and Hip Hop soon became synonymous with one another and really defined a generation. Rap music of the 21st century really focused on bringing communities together, navigating through heartbreak, and calling for the world to be a better place. Artists of other genres, such as pop sensation Justin Bieber, have even experimented with rap music.

And with the continual growth of technology, the evolution of rap will only continue to grow. But the beauty in this is that despite the many changes of rap over the years, the essence of the heart and soul remains the same. Let’s just hope the next generation continues to respect the history of rap and continues to use it to help better the world.

Rap has changed the face of music. It plays a monumental role in each and every other genre and will only continue to grow over time. We can not wait to see where rap takes us next!